Every Other Friday - Marian Lanouette

Marian Lanouette was born and raised in Brooklyn, New York, and is the seventh child of ten. Unbeknown to her parents, at the age of five she started reading the "New York Daily News" stories about the murdered nurses in Chicago and the investigation. Marian followed the story every day as authorities rushed to solve the brutal crime. It had caught her attention and her imagination. To this day she stills checks her closet before going to sleep. Marian thinks it was on that day the mystery lover was created.

Tell me about If I Fail.
If I Fail, A Jake Carrington Mystery combines mystery with romance. The first in the series. I'm happy to report it's been in the top 400 on Amazon for police procedurals for the last five weeks.

What drove you to write If I Fail?
Jake's story popped into my head one day and wouldn't leave until I wrote it. I had to put another story aside to get this one down on paper.

Who did you write it for?
This might sound corny, but I wrote it for Jake thinking "okay here's your story, now let me get back to my other one." He had other plans, and his story became a series.

What were your biggest obstacles?
I'd have to say learning the business of writing. I took refresher courses in grammar, POV, and characters to spruce up my writing. I also sought out professional organizations to network with other authors.

What are your productivity tips?
I write full-time and treat it like any other job. I get up, exercise, and I'm at my desk writing and editing for six hours each day. I set word goals and don't leave the desk until I achieve them. I also limit my time online -- otherwise it’s a pit that grabs a hold of you and doesn't let go.

Do you have any questions for me?
I loved the classes that you've given at the CTRWA - What tips would you give to increase ones productivity?

My attention to social media for promoting my book [has] taken a lot of time away from my writing. I try to limit it to one hour in the morning, one hour at lunch, and free for all at night, but lately it's taking me 2 hours just to answer email or respond to tweets and Facebook. (It has to be done, not complaining), just need to know how to manage the time for it all.

I strive for a minimum of 2,500 per day but know I can achieve more.

Few people would complain about 2,500 words per day, but you are far from alone in having social media as a distraction. If you are losing time from your writing, that is a real concern. The writing must come first, both in the hours working on the manuscript directly and in the hours of rest and reflection away from the manuscript.

I would worry about whatever in your brain says "It has to be done." If your first book is making you take two hours a day in responses, how many hours will you end up dedicating when you second book comes out? Fourth? Tenth?

When I first started teaching (chemistry) I took more hours writing notes to students on their homework than I did preparing for classes. Bad mistake. I learned out to curb that fast. And the results were better for everyone. Social media is fun (and it can be a good tactic to build audience at the beginning of your career), but it is not the main show. Not everything needs an extended response. Not everything needs a response. Some things can be handled with form letters. Or do what execs do, and hire someone to take the bulk of the work for you.

I hope this helps. 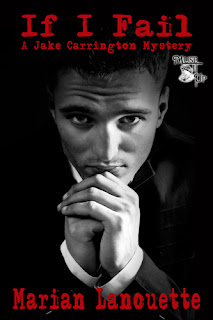