Every Other Friday -- PJ Sharon

PJ Sharon is author of contemporary young adult novels, including HEAVEN IS FOR HEROES, a finalist in the Denver Heart of Romance Molly contest. Her stories have garnered several contest finals, including a place in the Wisconsin Romance Writers FAB Five contest for ON THIN ICE.  Her third novel, SAVAGE CINDERELLA, published in March of 2012 was a finalist in the Valley Forge Romance writer’s contest as well as the Florida Romance Writers GOLDEN PALM contest in 2010.

On the road to publication, PJ decided that indie-publishing was the best fit for her books. Although the themes are mature, evoking plenty of drama and teen angst, PJ writes with a positive outlook and promises a hopefully ever after end to all of her books. She believes in strong heroines empowered by learning valuable life lessons.

Tell me about Waning Moon.
Waning Moon is Book One in The Chronicles of Lily Carmichael trilogy. It’s a YA dystopian, set in the year 2057 in a post-apocalyptic world where three quarters of the population has been wiped out by a global pandemic, and a polar shift threatens the remainder of earth’s inhabitants with extinction. Our heroine, a sixteen-year-old genetically altered teen, Lily Carmichael, faces bigger challenges than the end of the world—escaping capture by a rogue government agency, saving her family, and avoiding falling in love.

What drove you to write Waning Moon? Who did you write it for?
I wrote this book after many discussions with friends about where we thought the world would be in forty or fifty years. Lily’s story unfolded in my brain, came to me as a full-fledged trilogy, and wouldn’t leave me alone until I wrote it. I actually had to set aside another manuscript that I was halfway through to write this one.

As far as who I wrote it for, I have to say that all my books seem to have a familiar theme of “no matter how bad things get, there is always hope.” I write teen stories with that message in mind. In the midst of all the dark subject matter in YA these days, I think teens need to read more books with uplifting messages. I also wanted to write an adventure story that would appeal to teen boys as well as the female readers I usually write for.

What were your biggest obstacles?
Honestly, I had no idea how much research would be involved in creating a world that does not yet exist. My husband is an engineer and a great resource, but I knew I couldn’t get away with lame technology that was less than believable, especially for purposes of continuity throughout the trilogy. For instance, because of the polar shift, there is increased exposure to radiation that happens to people who are out in the sun during its zenith. I had to make sure to stay consistent with this information. One of my beta readers caught me on it and asked, “Shouldn’t all those people be wearing protective eye shields?” But of course they should!

What are your productivity tips?
There is nothing that compares to simply digging in and tackling the writing as if it were a full time job and I were being paid for it. I treat myself as if I’m an employee, and boy is my boss a task master, LOL.

I set deadlines and announce them publicly so that I’m held accountable and locked into a specific timeline. This isn’t for everyone because it can certainly create some stress, but I find I work best to deadlines and public humiliation, so this is what works for me. I write lists, and have daily, weekly, monthly, quarterly, and yearly goals. I have a one year, three year, five year, and ten year plan, which of course almost never come to fruition but keep me moving forward nonetheless.

This all sounds very regimented and OCD, but really, the goals and lists are guidelines. I don’t judge or berate myself for not meeting a goal. I reassess what worked, what didn’t, why it did/didn’t and then move on and make a new goal. After a year of mayhem and meeting the stressful accomplishment of indie-publishing four novels and a short story, I’m planning a much less aggressive production schedule for 2013. My boss and I have come to an understanding and she only wants what’s best for me…which is for me to be a happy and healthy writer.

Do you have any questions for me?
I’ve always been a two steps forward and one step back kind of writer, editing and tweaking the previous chapter before moving on to a new one when I sit down to write. That made NaNoWriMo very challenging for me. It seems daunting to have to go back at the end and try to revise when half of what you’ve written is crap. I get the concept of “you can’t revise a blank page,” but for me it seems better to repair as I go than to have to do a huge re-write.

I’m curious, what do you think about keeping word count journals? Do you think it’s more important to write fast, or write for quality?

You didn't ask me about your tweaking, but I'll respond anyway. I'm in favor of whatever works for a writer, and you certainly are productive, without sacrificing story. With that said, other writers might think twice before copying your behavior. I've known too many who have fallen into the looping trap.


I'm a big fan of wordcount journals, setting timers, and anything else that helps writers keep at it and see their progress. Tracking rewriting is more difficult, and I recommend that writers identify their processes and keep a writing process diary.

To an extent, I think speed or quality is a false choice. Yes, it is possible to go into automatic writing mode and produce pages of crap. Just putting words on paper can create prose that is filled with cliches or even incoherent. But, when you are present as you write and you make an honest attempt to tell your story, the pages produced may be imperfect -- but they are likely to be valuable.

The forward momentum and immediate forgiveness of fast drafting can kill the inner critic that makes you less productive. And the ease with which you create pages will make it less difficult to cut bad scenes or scenes that don't belong in your story.


Not all the tips I provide on productive writing work for everyone. This includes my recommendation that writers push forward and complete the work before rewriting. I know, for some people, the "bad" pages call to them. They are never able to overcome the distraction and stress created by waiting to fix what they've written. Transitioning to fast drafting is difficult. My guess is, if, after two weeks of honestly attempting to make the change, it still gives you the flying fantods, it's time to use a different productivity approach. 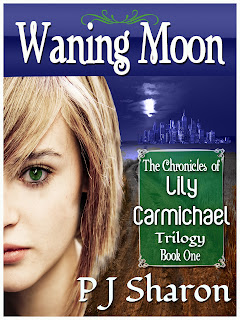