Every Other Friday - Kate George

Kate George is the author of the popular Bree MacGowan mystery series. She was born in Sacramento, California, and has been, in no particular order, a paste-up tech, a motorcycle safety instructor, an actor, and the assistant to the dean of a medical school -- all of which provide fodder for her stories. Currently, she lives in an old farmhouse in the backwoods of Vermont with her husband, four kids, and three rescue dogs. Visit her at kategeorge.com, or contact her at kate@kategeorge.com.

Tell me about CRAZY LITTLE THING CALLED DEAD.
Crazy Little Thing Called Dead is the third book in my Bree MacGowan mystery series. It's a generally lighthearted series, along the lines of Janet Evanovich's Stephanie Plum series or Gemma Halliday's High Heel mysteries. Bree is from Vermont and most of Crazy Little Thing Called Dead is set in the small central Vermont town of South Royalton. Rural Vermont definitely has it's own character and it's fun to write about life here. In this book Bree finds a dead assassin in the local hair salon. That's like finding a snow man in the Sahara Desert.

This book is a little different from the first two - something genuinely dark happens that pushes Bree to behave in a way that she normally would not. It's more of a mix of humor and darker emotion. It's the best of the series so far. At least in my opinion.

What were your biggest obstacles?
I could say time is my biggest obstacle. I've got a day job, four kids, three dogs, and a husband! But truthfully, my biggest obstacle is my own brain. Making the time to actually sit and write, and then  actually writing during my writing time instead of reading blogs, or chatting with friends. Shutting off the internal critic and just getting the first draft written is a major feat.

I was lucky, my mother-in-law came to stay last summer, and she took over the meal prep. I gave myself a deadline and then wrote like a mad woman all summer. It was all revision by that point, but I spent major time getting them done. But I cut myself off from the Internet for most of every day.

What are your productivity tips?

I subscribe to the ABC method of writing. I've forgotten now where  I first heard this, but I can't claim it as my own. ABC stands for apply butt to chair. You can't write if you aren't sitting at your keyboard.

Also turn off you mind. Put your inner critic to sleep and just get that first draft on paper, or pixels, you know what I mean. Your first draft isn't supposed to be perfect. It's a starting place. A writer friend of mine, Joni B. Cole, says you have to revise something like seventeen times, so don't worry about that first draft. Just get the words down.

As you can see I got my tips from other writers. There's no point in reinventing the wheel. Mine other writers for their tips, and then keep the ones that work for you. If you're like me, you'll have to keep reminding yourself to put your butt in the chair, etc. Life continually gets in the way, and I have to constantly refocus myself. But I'm always pleased when I'm focused on the writing. It's the one constant in my life. 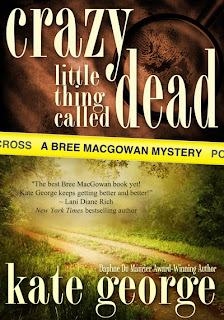