Conventional wisdom says you should take a break (usually a month is recommended for a novel) before you begin a rewrite. I've always tried to do that, even when the most I could manage was 24 hours (for a speech). My experience has been that a wait between drafting and rewriting made technical errors (grammar, logical sequence) jump out at me, but, when teaching, I have paid less attention to the wait's benefits to storytelling.

But, on consideration, my stories have gotten better with the breaks I've taken. Why should that be? I understand why reading sentences the way I thought of them rather than they way they sit on the page would be a problem. Isn't story more macro, and less vulnerable to that sort of blindness?

No. And I have a better understanding of why after having read Walter Murch's In the Blink of an Eye. Murch is the editor of huge artistic and commercial hits, like American Graffiti,  The Godfather, and The English Patient. Murch recommends that the editor stay away during filming because the knowledge of what happened beyond the frame of the filming contaminates the approach. It is all too easy to keep an expensive, hard-to-get shot and to dismiss one that was painful and felt wrong to cast and crew -- to the detriment of the people in the audience who know nothing about the history of how the shot was put together.

He recommends that directors, who usually get involved in the editing, take a total break from the film for at least two weeks, and then come back with a level of amnesia. (He liked that Fred Zinnemann, director of From Here to Eternity, would climb the Alps, risking his life, for two week after filming.)

The writer is just like the director here, with a head full of knowledge about the scenes in the story -- none of which is of value to the audience. So breaks are just as essential to editing a book and getting the story told in a way that best serves the audience. We need to get rid of all that excess information.  So when you finish a draft, give it a rest. 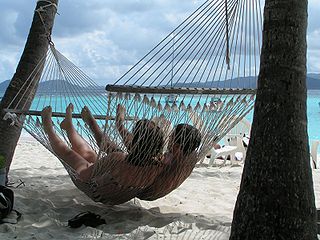