Every Other Friday - Alex Benedict

Alex Benedict is the young adult author of fantasy fiction with a romantic twist. Her "Broken Fins" series starter, SO DOWN I FALL is a dark re-imagining of THE LITTLE MERMAID.

In another life, Alex writes historical romance under the pen name Alexandra Benedict. Her work has received critical acclaim from Booklist and a rare and coveted starred review from Publishers Weekly. Romantic Times awarded her a "Top Pick" review. All of Alexandra's historical novels are translated into various languages.

Tell me about SO DOWN I FALL.
SO DOWN I FALL is a contemporary re-imagining of the classic fairytale THE LITTLE MERMAID. In it, sixteen-year-old Grace attempts suicide after the death of her beloved mother, only to be rescued by a mysterious young man: Adam ... a merman now in human form. Adam is also on the run from his abusive father, the Sea King, and together he and Grace must conquer their emotional demons.

What drove you to write SO DOWN I FALL? Who did you write it for?
I was originally in the process of writing a historical romance, when I had a vivid dream about a merman dying in the sea, clutching a boulder, turning into the foam on the ocean because a human girl had not returned his love in time to save his life. When I awoke, I set to work on the first draft of SO DOWN I FALL. That was in spring 2010. This wasn’t my first experience with “dream” writing. Like in the past, the imagery of the merman was so powerful, I felt I was meant to write the story. The tale is intended for teens, but I’ve received a lot of fan mail from adults, so it’s really for all ages.

What were your biggest obstacles?
The biggest obstacle was creating the heroine’s voice. This was my first attempt at first person narrative, contemporary teen fiction. Previously I had written in third person, historicals, and adult main characters. But as I mentioned above, I felt I was meant to write the story even though it was so far away from my comfort zone.

I must have re-written the first three chapters a dozen times in an attempt to capture Grace’s authentic voice. My historical roots were showing with tags that sounded dated and very much unlike a teenager. I really had to work hard to push aside my experience as a historical writer and start from scratch. In other words, learning to write all over again. With each submission--and rejection--from editors, I received valuable feedback that helped my re-shape my characters.

I also hired an editor to go over the first three chapters. She was an experienced editor and young adult author herself, so her help was invaluable. It took almost two years (I kid you not) to complete the first three chapters to my satisfaction. Once I had truly captured Grace’s voice, I completed the rest of the book in about six weeks. 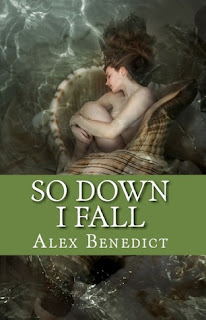