I think it was Lee Marvin who was asked how he developed a knack for playing villains. His response was he had never played one.

Of course, villains are the heroes of their own stories. The best comic characters have skewed points of view that they believe in without question. I believe the same is true for villains. If your villain has honor, integrity, intelligence, humor, talent, and a flaw as wide as the Grand Canyon, you have a character who can drive your protagonist to the limit - and drive your story to new heights.

The best villains horrify us because, even if they are aliens, they seem real and personally threatening. In fact, I believe we connect them on a deep level. They expose the potential for evil within us, and that gives them their power.

Too many villains are easy to dismiss. They have cliche backstories; they are sadistic for no reason; they are malformed and ugly. This makes them forgettable, mere plot devices.

Even worse, some writers make the villain an entity instead of an individual. Society may be at fault, but a criminal organization or a corrupt government or a merciless alien species isn't personal enough to really engage an audience. This strategy never works. A villain must have a face.

When villains are fully formed, they can be the most memorable part of the story. They also do the dirty work for you. A real villain will come up with ways to make your protagonist miserable that will shock you. Since they are in a battle for existence and identity, they will do almost anything to win. I've also found that they are uncannily articulate about the reasons for their actions.

Since I am reluctant to be cruel to my protagonist, the villain becomes my best ally in a story. I'm not the one torturing the hero/heroine I love. It's the villain's fault.

A great way to create bigger villains is to make a list of you favorite and most memorable ones. Study these and dig into why you connect with them. And don't forget to find the piece that is just like you. 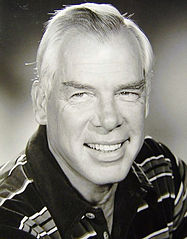