Those Voices in Your Head

No, you are not crazy. Hearing voices is completely normal for a writer. It also can be a source of amazing productivity to the point where it becomes difficult to capture all the words as they burst forth.

Capture There have been times when I have had words streaming through my head until I sat at the keyboard. Then nothing. I have no idea why this is, but a quick switch to pencil and paper usually saves the day. (Sometimes, when the words are all over the place, I need one of my flip chart pages so I can put words on a page in relation to space. Very odd things result, with big, bold script and tiny cribbed notes to myself. Also, arrows, circles, and pen scribbles with different colored inks.)

Dictation can also work here. Whatever the voice wants, I do. In addition, I make a point of taking the time to honor the voice, even when it is inconvenient (say, the middle of the night).

Cultivation Voices often come with no prompting. When they don't, I have a number of techniques:
Kinds The voice may be the one used for first-person narration or is my principle for a speech. This is pretty straightforward.

For third-person works, it could be any of the characters. If it is a main character, this is almost always useful. I got a tip at a conference to cultivate the villain's voice first. This is sometimes disturbing, but I have to admit that it comes more easily and with more force than the voice of the protagonist.

If the voice is that of a secondary character, it can be a problem. Pushy secondary characters can take over and try to tell their stories. Occasionally, this is the story that should be told, but more often (in my experience), it is a distraction.

Finally, there is the voice of the muse. My muse has come in loud and clear during plotting, especially when there is a turning point. She also shows up when I am facing a blank screen that calls for a new story. She is always right, even when she's wrong.

Which voices do you hear? How do you handle them? Which make you more productive? Which get in the way of productivity? 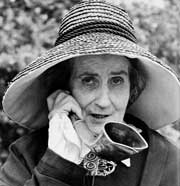