Usually, I write short. But for my script, Warriors, I came up with over 160 pages. This meant that I had some serious cutting in front of me to get to a more reasonable length of 110 pages. One of the best tools I used during my rewrite process was identifying the theme of the work.

To me, theme means understanding what you're trying to say. Developing the theme is something I do before I begin writing a speech or other nonfiction. In those instances, understanding what I want to say provides one of the fundamental building blocks for the writing.

Not so with fiction. I am highly suspicious of beginning an artistic effort with a message. To me it smacks too much of propaganda and the kind of didactic stories I hated when I was a child. Besides, I can't imagine that writing in such a way would be fun.

So I don't even think about the theme on a conscious level for fiction until I have completed a draft. Once I have the words in front of me, I know that my imagination has buried a concept, sometimes a surprising concept, somewhere in the story. It is my job—one of the more pleasant jobs of rewriting—to discover what that is.

For Warriors, this began with my looking at the dialogue. When my characters get talking, they often will state the theme explicitly. As I worked through my manuscript, I came up with several candidates for theme. Sometimes, they were formulated as advice offered by character. More often, they were statements of point of view–here's how the world really works.

Actions can also be clues to the theme, especially if you look at their consequences. When someone robs a convenience store and gets arrested, the obvious theme is, “Crime doesn't pay.” (Unfortunately, most themes, once articulated, seem simple and obvious. This is disappointing, but it isn't a problem for the writer. In fact, the simple formulations are easy to holding your head as you work through your rewrite.) Looking at the key action scenes in my work and the impact they have upon the characters usually provides a lesson of some sort.

In Warriors, where all the hackers hid behind their secret identities, a theme about taking responsibility for your actions emerged. The good news on this for me was that it provided plenty of opportunities for cutting scenes that did not relate to the theme. The bad news was that it left holes in the plot—one of which was the ending. I have a lot of work ahead of me, but that work paid off with a streamlined story that had much more emotional impact. Understanding the theme reignited my interest in the script and, with no strain, helped me to cut it down to the required page length. 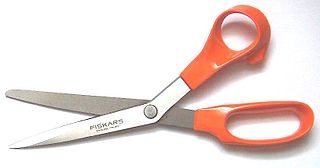